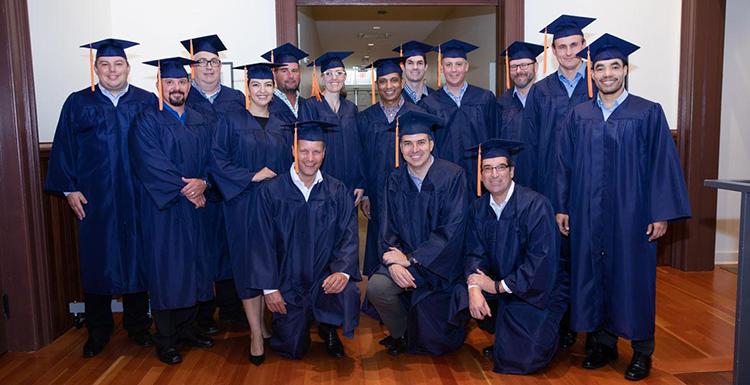 Together, Caterpillar Inc. and the UA Department of Mining and Geological Engineering offer Mining 360, a one-year certificate program for Caterpillar employees to learn more about the economics and engineering of the mining industry. The program’s third class of 16 people, representing five countries, graduated in August 2019.

Rosa Maria Rojas, lead professor and program manager for the Mining 360 program and assistant professor of practice in MGE, said the program provides Caterpillar employees a chance to “learn the language” of mining engineers.

“This has been an amazing journey where we have all learned from each other, both formally and informally,” Rojas told the graduating class. “We look forward to your contributions to the world of mining.”

Becky Freeman, a representative from Arizona Governor Doug Ducey’s office and a UA alumna, also spoke at the ceremony about the governor’s enthusiasm for Mining 360.

“It’s really been a game-changer for our community and the state,” she said, turning to face the graduates. “Welcome to the Wildcat family.”