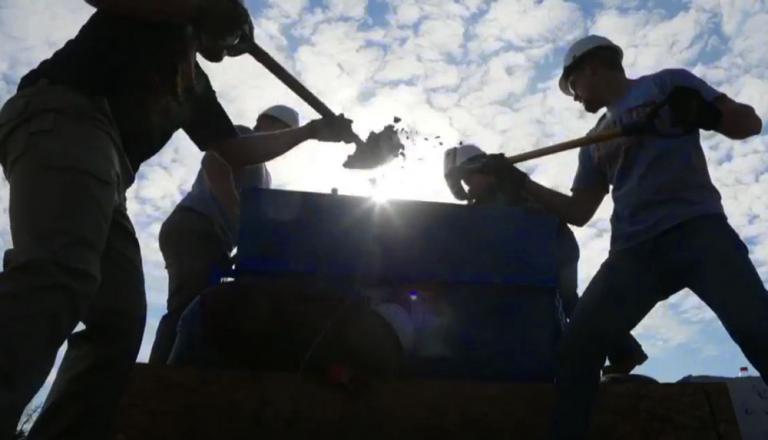 Seven alumni from the University of Arizona's mining and geological engineering program competed in the alumni division, coming in second place.

The competition commemorates the 91 miners who died in the 1972 Sunshine mine disaster and continues to honor all miners who have lost their lives while on the job. The rivalry is fierce, but the atmosphere is decidedly friendly with the focus on fun, teamwork, networking and paying respect to the industry's heritage.

The following alumni competed on behalf of the UA:

Photo: A team competes in the 39th International Collegiate Mining Competition at the University of Kentucky.