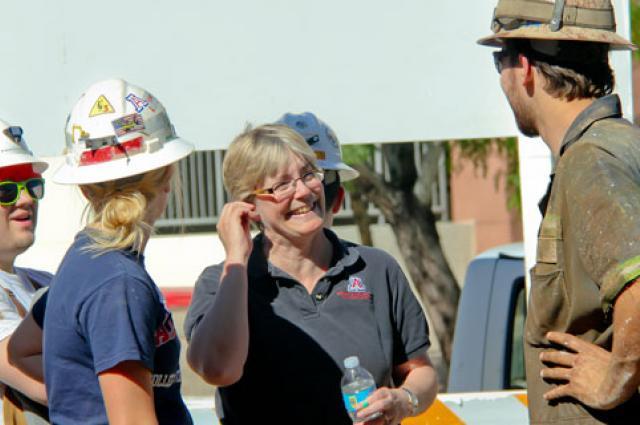 Following a 30-year career in public service, Mary Poulton, University Distinguished Professor in Geosciences, Mining Engineering, Law and Public Health, and director of the Lowell Institute for Mineral Resources, is retiring from academia.

At a special luncheon in her honor, words of support and congratulations poured in from Arizona's governor, U.S. senators and the state House of Representatives and Senate. Arizona State Mine Inspector Joe Hart also presented Poulton with a certificate of excellence.

After earning bachelor's, master's and doctoral degrees in geological engineering from the UA, Poulton joined the MGE faculty and later broke new ground when she became department head in 2000.

Under her leadership, enrollment quadrupled and she spearheaded efforts to bring more women and minorities into mining education and the mining profession. She also helped celebrate the Arizona School of Mines' 125th anniversary in 2013.

Poulton will start a new chapter in her career this summer in a new role at the Spokane Research Laboratory of the National Institute for Occupational Safety and Health.