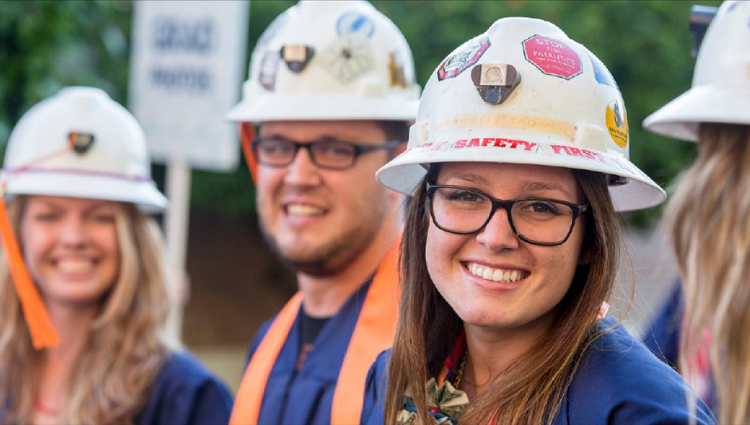 The Arizona State Legislature has approved $4 million in yearly funding for the University of Arizona's new School of Mining and Mineral Resources, which will help UA serve as one of the primary pipelines to employment in the state’s mining sector. The funding is part of the New Economy Initiative, which targets high-value workforce development at the state’s three public universities

“This investment was one of the most important issues to me this session,” said David Gowan, senate appropriations chair and sponsor of the school’s appropriation bill. “Mining is one of Arizona’s main industries that contributes to our state’s and country’s rapid population growth and economic prosperity. Mined resources are required to create roads, hospitals, vehicles, houses and computers; to generate power; and to offer the many other goods and services that consumers need in today’s technological world.”

Just as the demand for minerals stretches across many sectors, the knowledge required to do mining comes from a number of areas. Thus, the school will take an interdisciplinary approach, drawing from expertise not just in engineering and science, but also in law, business, social sciences, public health and other disciplines.

“This funding is critical to fulfilling our vision of establishing southern Arizona as the Silicon Valley of mining,” said David W. Hahn, the Craig M. Berge Dean of the College of Engineering. “With its globally recognized teaching and research enterprise, and through close collaborations with government and industry, the University of Arizona will be leading the way on a school that impacts every facet of the mining industry. It was very satisfying to see the close cooperation between legislators, UArizona leadership, and the state’s mining industry to make this support a reality.”

The funding will go toward hiring faculty and staff as well as recruiting and retaining students. It also will help improve laboratories and facilities, including the student-run Henry G. “Hank” Grundstedt San Xavier Underground Mining Laboratory, the only underground mining laboratory in the United States with a working vertical shaft.

“Arizona has had a long history of mining, and that's, in part, based on the geology of the state of Arizona,” said College of Science dean Carmala Garzione in an interview with KGUN9. “We will be investing in supporting the next generation of hires in those areas. We're also dedicated to supporting hiring in mining law, and so we’ll also support hires in the College of Law."