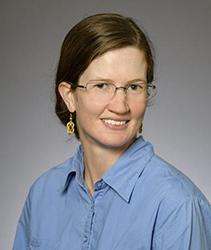 A recent Wired article reports a boom in new mineral discoveries. The most bountiful sources of new minerals – two-thirds of the discoveries over the past century – are mines, quarries, and other sites of resource exploration.

"That’s because people tend to want to dig and drill in places with unusual geological makeups in the first place," says Isabel Barton, geologist and assistant professor of mining and geological engineering.

"For example, mines are situated on ore deposits, where rare elements such as gold, silver, or uranium occur in concentrations thousands of times higher than most places in Earth’s crust. [This creates] the opportunity to form compounds with elements that you usually wouldn’t find. These new compounds can then crystallize into rare minerals."

Don’t expect the boom in new mineral discoveries to end anytime soon. “There are, gosh, nearly an uncountable number of possible combinations of elements, in a variety of different structures,” says Barton. “We’ve barely scratched the surface at this point.”